A Primer on Rights Granted to Same-Sex Couple Couples Before, During, and After Marriage 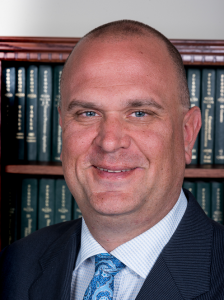 The recent U.S. Supreme Court ruling (Obergefell v. Hodges) legalized Same-Sex Marriage in the whole country. We have received questions regarding what rights the verdict has granted to Same-Sex Couples. We have therefore put together a short primer on the rights and obligations granted to couples before, during and after marriage. While this discussion does note some issues more directly affecting same-sex couples, the general principles apply to all marriages in Pennsylvania.

Before Marriage, the Prenuptial Agreement

A Prenuptial Agreement is a contract which sets out the rights and obligations of the parties if the marriage does not succeed.

Since the Pennsylvania Supreme Court decided Simeone v. Simeone, 581 A. 2d 162, in 1990, the enforceability of Prenuptial Agreements has become easier.

Often when parties get married, one spouse will adopt the child of the other spouse to form a “complete” family unit. The inability of same-sex couples to adopt together was one of the critical issues raised by Plaintiffs in the Obergefell case and noted by the Supreme Court.

However, there is still a general principle that a child can only have two parents (often referred to as the “one mom, one dad” rule). As such, it is likely that any adoption will need to be preceded by a petition to terminate the rights of another parent. The Court can terminate parental rights through a voluntary or involuntary termination.

The Commonwealth of Pennsylvania takes the termination of parental rights very seriously. As such, there are very specific steps that must be taken in either scenario (and even with an agency adoption). Termination of parental rights and adoption proceedings are highly emotional. Therefore, we very much recommended that you speak to our Adoption Attorneys to determine whether this is the right step for you to take. We’ll help guide you through the process as efficiently as possible.

After Marriage, Divorce, Custody, and Wills

Same-sex couples, who are entitled to marry, are also now entitled to the rights and protections of the Divorce Code. The code allows for fault and no-fault grounds for divorce. Since no-fault grounds were enacted in Pennsylvania in 1980, the majority of divorces have been under no-fault.

While a more detailed description of these fault and no-fault grounds will be discussed at a later time, no-fault divorces allow the parties to move more efficiently through the divorce process and focus only on the tangible issues (property, custody, and support) without the need to get into the emotional issues (adultery, cruelty etc.).

However, if the financial aspects of the divorce are litigated, the Court will decide on an equitable split of the assets of the marriage that will allow the parties to each maintain a standard of living comparable to that which was enjoyed during the marriage. The Court will look to a variety of factors including

As of early 2011, Pennsylvania courts should no longer use gender as a factor in determining child custody. Obviously, this had no effect on same-sex couples. But it does show that Pennsylvania was trying to reduce reliance on gender-based roles and focus more directly on the best interests of the child. There are 15 factors that a Court should consider in determining the best interests of the child which include items like

However, what has changed under the Same-Sex Marriage rulings is the standing of the non-biological parent.

In the past, when same-sex couples were not both able to adopt under the “one mom, one dad” rule, the second parent was at a large disadvantage in the law’s eyes as compared to the biological parent.

But now, if the second parent has adopted the child, then they will have equal standing to seek custody and support. Custody cases can be very emotional and draining. It often helps to have our Child Custody Attorneys in your corner providing guidance on what to expect throughout the process.

Under Pennsylvania succession laws, there are specific parameters for distribution of wealth if a party dies intestate (without a will). Same-Sex Couples now can inherit as a spouse if their partner dies without a will.  However, the estate is subject to a split between the spouse and possible descendants or parents depending on the specific situation. We recommend you consult with our Wills Attorneys to help ensure that your spouse is taken care of and that you’re able to direct how your assets are allocated should you pass away.

These Topics Apply To All Marriages Including Same-Sex Marriages

While we discussed these topics with an eye towards same-sex couples, the ideas and principles described are the same for all marriages. This discussion has also been a very brief overview of the rights and obligations that a party can have in Family Law matters. However, no two situations are ever going to be the same. Meet with us to discuss your specific situation and help find the best solution. Contact Us Online or Call Us at 610-670-9000 today to set up a consultation.