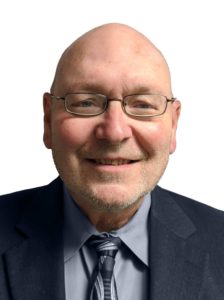 Richard V. Grimes, Jr. is “Of Counsel” with the firm.

Rick concentrates his law practice in the area of

Rick was born in Piqua, Ohio and received his Law Degree (J.D.) from the Washington & Lee University School of Law in 1973.

Following his graduation from law school, Rick became a partner with the Law Firm of McCulloch, Feiger, Fite & Gutmann, the largest law firm in Miami County, Ohio from 1973 through 1987.

Rick then acted as legal counsel and was at one point in charge of the Private Wealth Management Group of Investors Trust Company.

Mr. Grimes then became associated with the Reading Law Firm of Hartman, Hartman, Howe & Allerton, where he was engaged with the firm’s

Mr. Grimes is admitted to practice in the

He is a member of the Berks County Bar Association.

Mr. Grimes has also served as Chairman of the Board of the Berks County Senior Citizens Council and as a Board member for over 12 years.

Rick served as a Board member of the Saint Joseph’s Hospital Foundation Board.

Rick has taught the following courses at several local colleges and universities: