What are the Different Types of Child Custody?

Home » Legal Blog » What are the Different Types of Child Custody?

The end of a relationship is a difficult experience for everyone involved. It can be even more stressful if you have children together and must therefore determine custody moving forward. As there are specific procedures and rules in custody actions it can be helpful to seek advice from law experts in the field of child custody.

According to the American Psychological Association, between forty and fifty percent of marriages in the U.S. end up in divorce. Many of these failed marriages involve child custody issues. 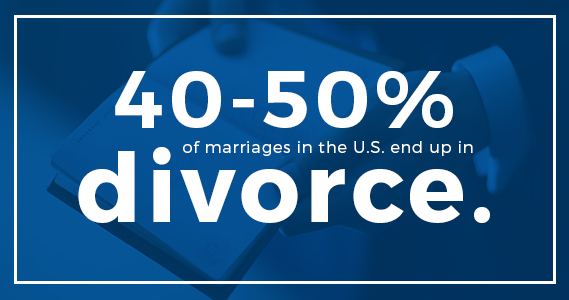 Determining a workable child custody arrangement can be a difficult process for couples who have children together.  The impact of a family split on a child is something that should not be taken lightly.  Your child may feel powerless in the face of the upheaval surrounding them.  They may not be happy with the prospect of going to a new home, and the stress can even cause problems with the relationship with one or both parents.

To navigate what can be a very difficult time for you, and to make sense of the often confusing child custody laws, it is crucial to speak with an experienced family law attorney. As child custody lawyers near Reading, PA, we at Miller Law Group, PLLC are here to help.

There are various types of child custody arrangements, including:

This guide explains the types of child custody available to you and your ex, the pros and cons of each, and how child custody lawyers near Reading, PA can help you navigate these waters.

Physical custody is the right to have the child live with you or under your care.  This is distinguished from legal custody which is described below.  It is important to know the difference before you begin your case.

If you are awarded sole physical custody, the child will live only with you and the other parent will not be entitled to any custodial time with the child.  This situation is rare and usually only happens in situations where there is substance abuse, neglect, child abuse, mental instability or a history of violence. 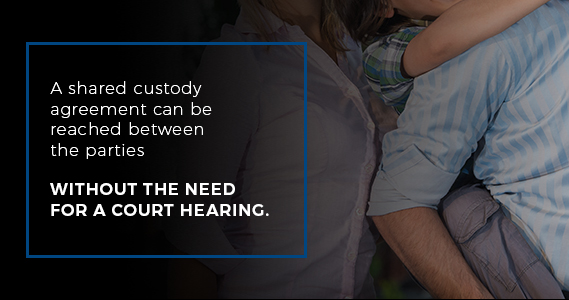 A shared custody agreement can be reached between the parties without the need for a court hearing. If the parents can agree on how to split the time, an attorney can draft the agreement and submit it to the Court to make it an official court order. This can be a positive to the parties as it saves on costly legal bills and the parents are free to decide how to split the time with the child, but it can still have the enforceability of a court order.

Bird’s Nest custody is a special kind of custody arrangement in which the child lives in the former marital home at all times, and the parents take their custodial time with the child in the marital home, while maintaining their own separate residences for their non-custodial time. This can obviously put a lot of stress on the parties as three households must be maintained, including joint decisions on the former marital home.

Legal custody can be either sole or shared, with shared being more common. This means that both parents are entitled to make major decisions for the child and receive educational and medical information for the child. Obviously, this means that the parents will be forced to communicate in order to jointly come to decisions on how best to raise a child.

The agreement should be flexible, and both parents should arrange for financial support. If you are seeking guidance from a legal child custody attorney near the Reading, PA, area, contact us today.

As we have covered already, joint legal custody involves both of you as parents sharing all the decision-making responsibilities for your child. It is often very useful to consider the good and bad points of any type of child custody arrangement.

Joint legal custody is good for your child, as it allows them to continue having a great deal of contact with both parents. It also helps you by alleviating the sole burden of parenting, as you will have your own free time to tackle your own personal responsibilities, and will both share an equal load as a parental unit.

One of the drawbacks of joint custody is if you as parents find it difficult to cooperate, your child will notice it, and could develop emotional issues or problems in school. Your child may not like having to move around on a regular basis either, not to mention the fact that running two homes for your child can be expensive.

Because of this drawback, it’s good practice for you to keep track of the funds you spend on the living needs of your child in the event your ex-partner ever calls you to court to complain that they spend more than you. In this way, you will have the documentation you need to prove what you have been spending. 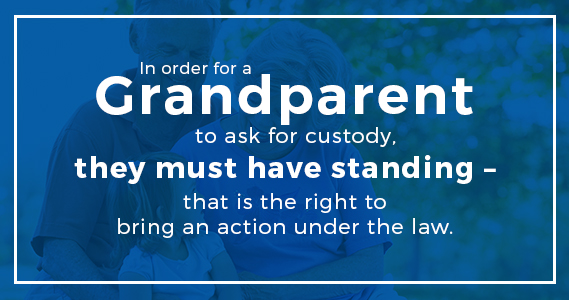 In order for a grandparent or any other third party to seek any other kind of custody then they must either have acted as the parent to the child (in loco parentis) or be a grandparent whose relationship with the child began with consent of a parent or under court order, who is willing to assume responsibility for the child and if the child is at risk due to neglect, is declared dependent or who has lived with the grandparent for at least 12 consecutive months.

If one of these situations applies to you, you should consult with a grandparent visitation lawyer near Reading, PA in order to get the best advice possible.

The guardianship of a minor is a court process where a person who is not the parent of the child in question receives custody of said child. Various people can apply for this, including relatives, family friends and other interested parties.

To be appointed as a legal guardian, you need to file a petition and be approved by the court. Often, a child needs a legal guardian if both their parents are considered to be unfit. For instance, both parents may be drug addicts, alcoholics or abusers. In other circumstances, the parents of the child you wish to take guardianship of may be deceased.

If the child’s parents are still alive, securing guardianship doesn’t mean that the legal relationship between the parents and their child is terminated. However, as the legal guardian of a child, it means that you are taking on the responsibility for providing shelter, clothing, food and education, as well as taking care of the medical requirements of your child. You must also ensure the protection, safety, emotional and physical needs of the child are fully met.

Appointing a Legal Guardian for Your Child

It is important that you do this for each of your children, and that you name one person to act as a guardian, as well as an alternative should the person you initially choose ever become incapacitated themselves.

Questions you should ask when considering to appoint a legal guardian for your child are: 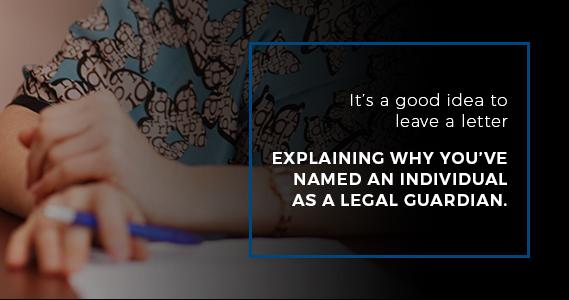 It is also a very good idea to leave a letter explaining why you have named an individual as a legal guardian. This is particularly important for any judge who may be questioning your choice.

The judge will need to consider:

If you are currently thinking about making a legal guardianship clause in your will or have any question on the process, contact us today. As a highly respected firm of guardianship attorneys near Reading, PA, we can guide you forward.

Should I Contact a Lawyer About My Custody Issues?

As you can see from this guide, there are many factors to consider when making a custody arrangement decision for your child. If you’re facing a break up and impending divorce, then it’s imperative that you take legal advice, and find a child custody attorney near Reading, PA or nearby who can persuade a court as to what the best arrangement is for you and your child.

According to the United States Census Bureau, in early 2014, there were an estimated 13.4 million parents living with 22.1 million children separately from the other parent. With this in mind, in an ideal world, you and your ex-partner will be able to reach an amicable agreement, and we can help guide you through your custody decision-making process. 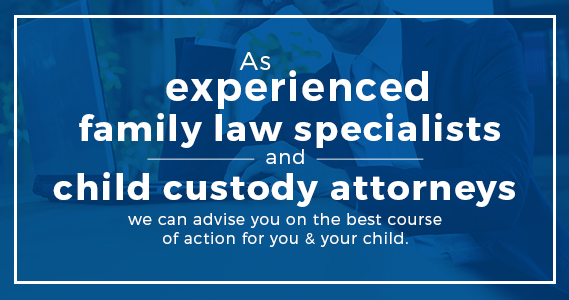 As every family and custody case is unique, it is crucial to contact us as soon as you can. As experienced family law specialists and child custody attorneys in Reading, PA, we can advise you on the best course of action for you and your child.

For your initial consultation regarding your child custody options, contact us here at the Miller Law Group, PLLC by calling 610-670-9000 or completing our online form.